It was enough to make anyone worry, like something out of the Twilight Zone. One day in March, the news emerged that fourteen girls had gone missing in Washington, DC in only twenty-four hours. Communities in the city and around the country expressed shock and horror, while celebrities like Taraji P. Henson worked to draw attention to this plague of missing girls. The only problem was, it wasn’t true.

The account that tweeted out the initial claim about the fourteen missing girls had compiled information publicized by the Metropolitan Police Department (MPD) in order to inform the public about the missing children. They had misinterpreted an increase in the department’s social media outreach over these cases as an increase in the cases themselves; as Acting Police Chief Peter Newsham was quick to clarify, missing person cases were actually declining in the city. And yet, while the statistic itself was false, the resulting outrage on social media and in local town halls was very real. The story served as spark, prompting the withheld resentment of the District’s predominantly African-American populace to expand onto the national stage. The subsequent public and governmental response offered rare insight into the ways in which information about missing children is spread, how local and federal agents respond to such cases, and how race continues to play a role in how these cases are treated.

The confusion of the original statistic was caused by a push within the department to publicize missing person cases through social media. The MPD had begun publicizing missing persons cases more extensively on social media, and this may have contributed to a perception of increased frequency of missing persons. However, hundreds of thousands of children do continue to go missing each year; in 2016, there were 465,676 cases of missing children reported in the FBI’s National Crime Information Center.

As the original misleading post continued to spread, another viral tweet by Twitter user @BlackMarvelGirl listed eight girls whose cases had been publicized on the MPD account, calling on people to spread their information in the hopes of locating them and increasing awareness of missing black girls. All eight girls have now been located.

In response to the increased attention on missing children of color, Congressional Black Caucus chairman Cedric Richmond (D- LA) and Del. Eleanor Holmes Norton, who represents Washington, DC in Congress, wrote a letter calling on the Justice Department to help investigate the missing children in the District. They urged Attorney General Jeff Sessions and FBI Director James Comey to allocate resources to investigating the response required to cases of missing children in the District. Mayor Muriel Bowser also responded to the heightened public attention on DC’s missing children by announcing a series of six initiatives to increase the response to such cases. She vowed to increase the number of officers assigned to the Children and Family Services Division, expand the MPD Missing Persons webpage and social media messaging, collaborate with community-based organizations, develop a working group to analyze individual cases and broader trends, identify and promote grant funding to support runaway youth and their guardians, and create and promote a hotline and website for missing youth. AMBER Alerts and the National Center for Missing and Exploited Children both show that better messaging about missing children can help lead to their recovery.

The local community responded to the story with a town hall, and it drew national attention on twitter, where #missingDCgirls started trending.

“We hashtag the problem, but what’s the solution?” said local DJ QuickSilva at the town hall. 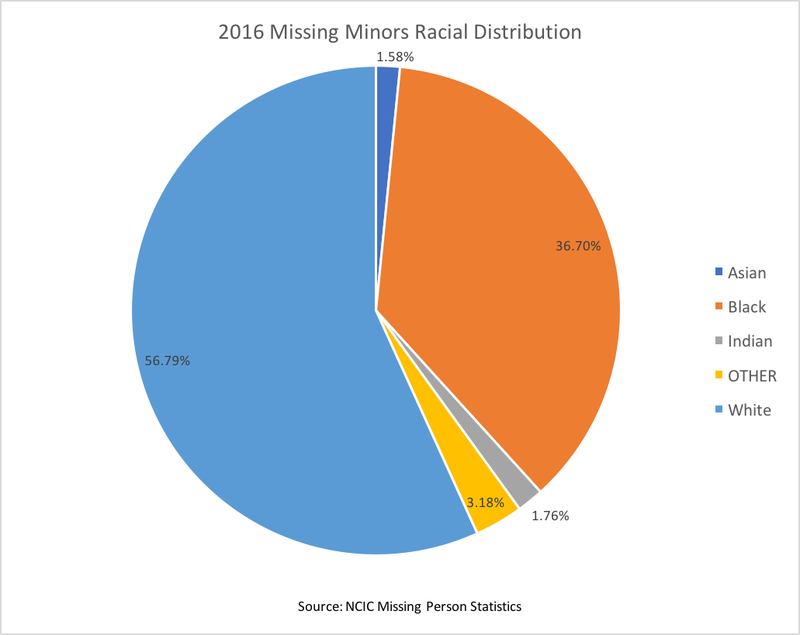 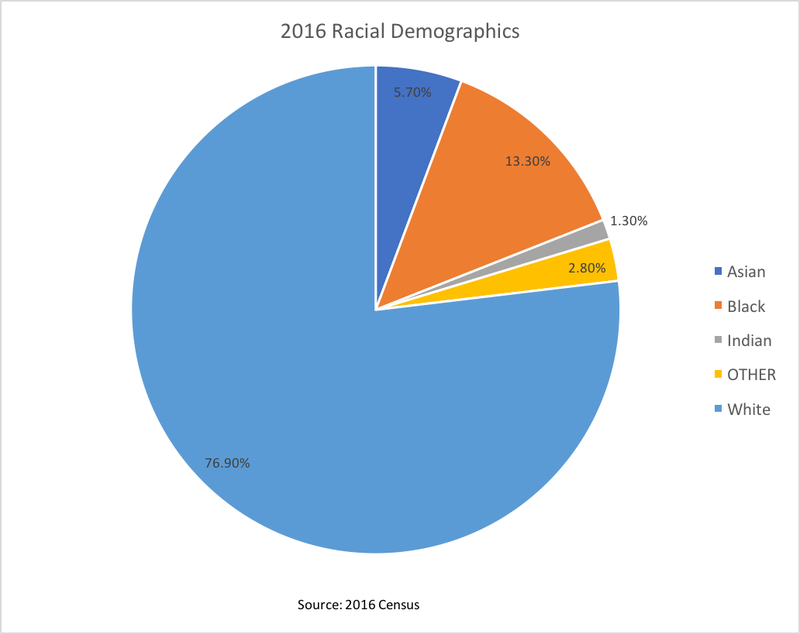 A 2016 paper by Zach Sommers in the Journal of Law and Criminology compared the coverage of missing persons on the Internet with the FBI missing persons data. Sommers’ investigation found that black missing persons are underrepresented in media coverage, while non-blacks are significantly overrepresented. Women, furthermore, were overrepresented compared to the frequency at which they go missing. This, Sommers suggests, may provide some support for “Missing White Woman Syndrome,” the idea that missing white women like Laci Peterson or Natalee Holloway get more media coverage than their counterparts of color.

It is important to note that the FBI’s missing people data includes LatinX individuals under the “White” category, so the reported number of white missing persons is inflated.

One of the most familiar ways that the word is spread about missing children is through AMBER Alerts. The AMBER Alert system was created in 1996, and has so far helped rescue and return 881 children. However, in the wake of the story of the missing DC girls, the Amber Alert program came under criticism for neglecting to publicize cases of missing black or brown children, as there have been suggestions that such children are more likely to be treated as runaways than their white peers. Children who receive Amber Alerts are only those who were taken against their will. When children of color go missing, police often assume that they are runaways rather than victims of abduction, which affects how their cases are treated.

Racial disparities in missing persons cases arise from an amalgam of social and economic factors. Sex trafficking, although dismissed as a factor in the missing DC girls case, is one way in which people go missing. According to a 2013 report by the U.S. Justice Department, forty percent of confirmed sex trafficking victims were black, while only 26 percent were white. Children of color are also more likely to be subject to the abusive domestic situations that increase the likelihood that they will run away.

This distinction between missing and runaway children came to the forefront in the cases of the missing DC girls. Black and brown girls are not only at higher risk of unstable home situations, but they are also more likely to be suspended from school, and girls of color are disproportionately involved in the juvenile justice system. Girls of color are more likely to become involved in missing persons cases because they are affected by a network of racial prejudices that influence the paths of their lives.

As Sommer’s investigation implies, once children of color do go missing, they are less likely to receive as much media attention as their white peers do. One possible reason for this further racial disparity is that black girls specifically are viewed as less innocent than white girls. A report by Georgetown Law’s Center on Poverty and Inequality found that adults tend to view black girls as less childlike, less in need of nurturing, and more of a threat to adults’ authority.

Although fourteen girls did not go missing during one March day in Washington DC, the outrage that the story inspired has helped to bring greater attention to the factors that contribute to black and brown girls’ overrepresentation in statistics of missing children. Hundreds of thousands of children of all races go missing every year, but children of color are more deeply impacted largely as a result of long-ingrained societal and structural inequalities that put them more at risk while inculcating the idea that they are less deserving of care. It ultimately took a viral fake news story to make it clear that by allowing real stories of missing children of color to be swept under the rug, we are doing our country’s children a grave disservice.

Data work is courtesy of Managing Editor Jacob Gosselin. The image featured in this article is licensed under Creative Commons. The original image can be found here.