On November 4, Saudi Arabia announced on Al-Arabiya the arrest of at least eleven princes, four ministers, and a multitude of former ministers.

Among the princes was Prince Alwaleed bin Talal, a prominent billionaire investor. Prince Alwaleed’s influence stretches across a multitude of platforms. As one of the richest men in the world, he controls television networks across the Arab world and the investment firm Kingdom Holding. Additionally, he currently has, or has had, stakes in 21st Century Fox, Citigroup, Apple, and Twitter, among others.

The arrests, authorised by Crown Prince Mohammed Bin Salam, are being viewed as part of continual efforts by the Crown Prince to consolidate his power. Among the detained is Prince Mutaib bin Abdullah, who is the favoured son of the late King Abdullah, and a rival to the Crown Prince’s power. A few hours before his arrest, Prince Mutaib was removed from his position as the head of the Saudi national guard.

Following the sweeping arrests, US officials tracking the developments reported that Saudi officials were barred from leaving the country. The airport that houses private planes was closed, which appears to be a move to intentionally block billionaires from fleeing. Additionally, the Ritz Carlton in Riyadh was evacuated, and is now being used to house royal detainees.

The storm of arrests wrapped up a total of more than two hundred people on allegations related to at least $100 billion in corruption. In a speech six months ago to his country, the Crown Prince displayed his determination to crackdown on such issues, declaring, “I assure you that nobody who is involved in corruption will escape, regardless if he was minister or a prince or anyone.” Many within the Kingdom have hailed the move as proof that no one is above the law.

It is estimated that between 10 and 25 percent of the government’s contracts are skimmed. The proceeds are redirected to fund the lavish lifestyles of members of the royal family, channeled to loyal tribes, and used to bribe officials. According to a US document leaked to WikiLeaks, members close to King Salman—modern Saudi’s founder—received monthly stipends that averaged around $270,000. Those more distant relatives received $800 a month. The Saudi Council of Ministers said that the arrests were “based on specific evidence of criminality and acts that were intended criminal transgressions and resulted in unlawful gain.”

Ali Shihabi, the executive director of the Arabia foundation, wrote on Twitter claiming the arrests are a move to end corruption in the Kingdom and lavish lifestyles. “Cynics are calling this a power play but [it is] actually a message to the people that an era of elite indulgence is coming to an end,” he said. The foundation has close ties to the Kingdom.

However, many critics claim the Crown Prince’s move was one to consolidate power, in anticipation of the death or abdication of his father, King Salman bin Abdulaziz Al Saud who is eighty-one. By eliminating potential rivals to the throne, the society of the Kingdom has been shaken up. Bruce Riedel, who is part of the Brookings Institute, wrote that the arrests are a power move amid the uncertainty of succession to the throne. “Knowledgeable observers of Saudi internal politics point to the many arrests of prominent clerics and intellectuals this summer as a sign of tensions inside the kingdom,” he wrote. “There is no guarantee that if Mohammed bin Salman's father dies or abdicates that the succession will be smooth. The latest round of arrests only reinforces the sense that the succession debate is more difficult than the king and his son want.”

The Crown Prince has been working to revamp and modernise the Kingdom, by loosening social restrictions and liberalizing its oil-dependent economy. Last month, he announced plans for a $500 billion investment to build a new city in the northwest of the country. Similarly, he announced in 2016 Vision 2030, which is the Kingdom’s plan to reduce its dependence on oil, diversify its economy, and develop public sectors such as health, education, and infrastructure. Additionally, the Kingdom’s role in the war in Yemen, and its tensions with Iran and Lebanon, have escalated considerably in recent months, and the Crown Prince has been at the head of it all.

It is reported that members within the Pentagon and State Department are wary of the Crown Prince’s recent actions, and the implications they could have on regional political dynamics. Additionally, Aramco, the Saudi state oil company, is due to become an IPO in either New York or London next year, but analysts have said that the arrests have worried investors. The public stock offering was promoted by the Crown Prince with the intention of diversifying the Kingdom’s economy and becoming more transparent. Whether the IPO will go through, or it will be transparent, remains yet to be seen.

For now, hundreds of the Saudi royalty and elite remain in custody. Whether charges will be pressed, and what those charges are, remains to be seen. What is clear is that this wave of arrests has shaken up the Kingdom, both domestically and internationally, and further implications are sure to emerge.

The featured image is licensed under the Creative Commons. The original image can be found here.

Yarra Elmasry is second year prospective Political Science major and Near Eastern Language and Civilizations minor, interested in international relations, psychology, and photojournalism. Over the summer she interned at the Independent in London. On campus, she is part of the marketing team for the Major Activities Board, a photographer and designer for the culinary magazine Bite, and a member of the competitive club tennis team. 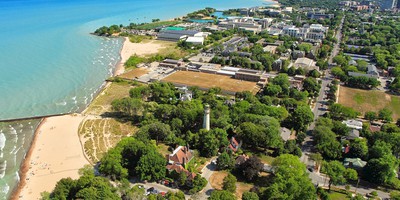 A Maroon in Wildcat Country: an interview with Evanston Mayor-elect Daniel Biss 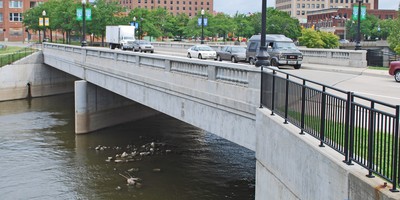 The Flint Water Crisis in 2021: Accountability in the Age of Climate Change 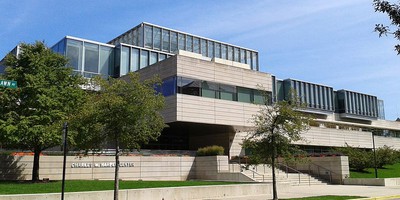 The Effects and Efficacy of UChicago’s Donations 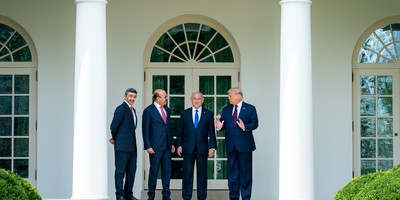